The Buildings of Schumacher Farm Park 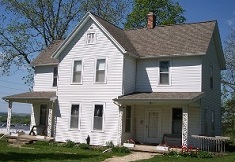 Henry Schumacher built this house in 1906 for his new bride, Eveline Busby, for $5,000. It has four bedrooms, a parlor, dining room and a large kitchen. Marcella was the only child to live in this house. She lived here until her death in 1993. Since then, the Friends of Schumacher Farm have restored much of the interior back to what it may have looked like in the 1920s. Many of the items in the house are original to the farm. In 1908, Henry Schumacher built the barn for $1,200. It has a wood frame and hay loft. Back then, the entire community chipped in to build the structure. A cement floor was laid by Dane County Parks and electricity was run to both levels. Two new sliding barn doors were added to the front and the original front window was re-framed and restored to its original functionality. Also pictured is a 1926 windmill. Go to this news article for more on the windmill installation. 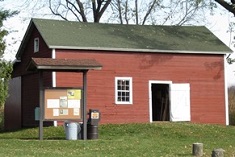 The granary was used to store the grain that fed the farm animals. The grain was stored on the second floor in bins and farmers used the chutes on the first floor to put grain into buckets to feed the animals. This granary has five chutes, one in each of the four “rooms” and one in the entryway. Our granary is not original to Schumacher Farm, but it is from the same time period. Vincent Lacy donated the building in 1999 and it was restored on-site.

Farmers kept hogs for food and housed them in buildings with small doors to allow animals to come and go. The corn crib (in rear) held dried corn used to feed animals. Geraldine and Rodney Gehrke of Sun Prairie donated these buildings in 2000. Staff moved the buildings and restored them on-site. 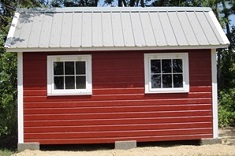 Volunteers restored the chicken coop in 2012. The building was moved here in 2010 and had previously served as a storage shed on another Dane County Parks property. Its first functional summer it housed ten hens of various breeds. The next summer we had more hens and a rooster. Since our third season with live chickens, every year we typically have around ten hens, one rooster and the birth of a handful of baby chicks!. 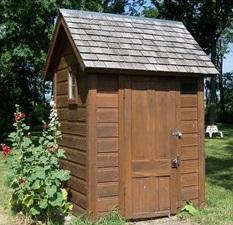 The outhouse is a two-holer and stands where the original stood. It came from the Ferdinand Pape house in Springfield Corners and was installed in 2004. This building serves as the visitor center for the park. It houses handicapped-accessible bathrooms, drinking fountains, an office, and meeting space. Restrooms are open to the public from sunrise to sunset every day and the building is available for rental space.

The barn quilt pattern is called "Prairie Queen" and was chosen as representation of Marcella Schumacher Pendall's love for her prairie and her devotion to the farmstead as a conservancy and park. 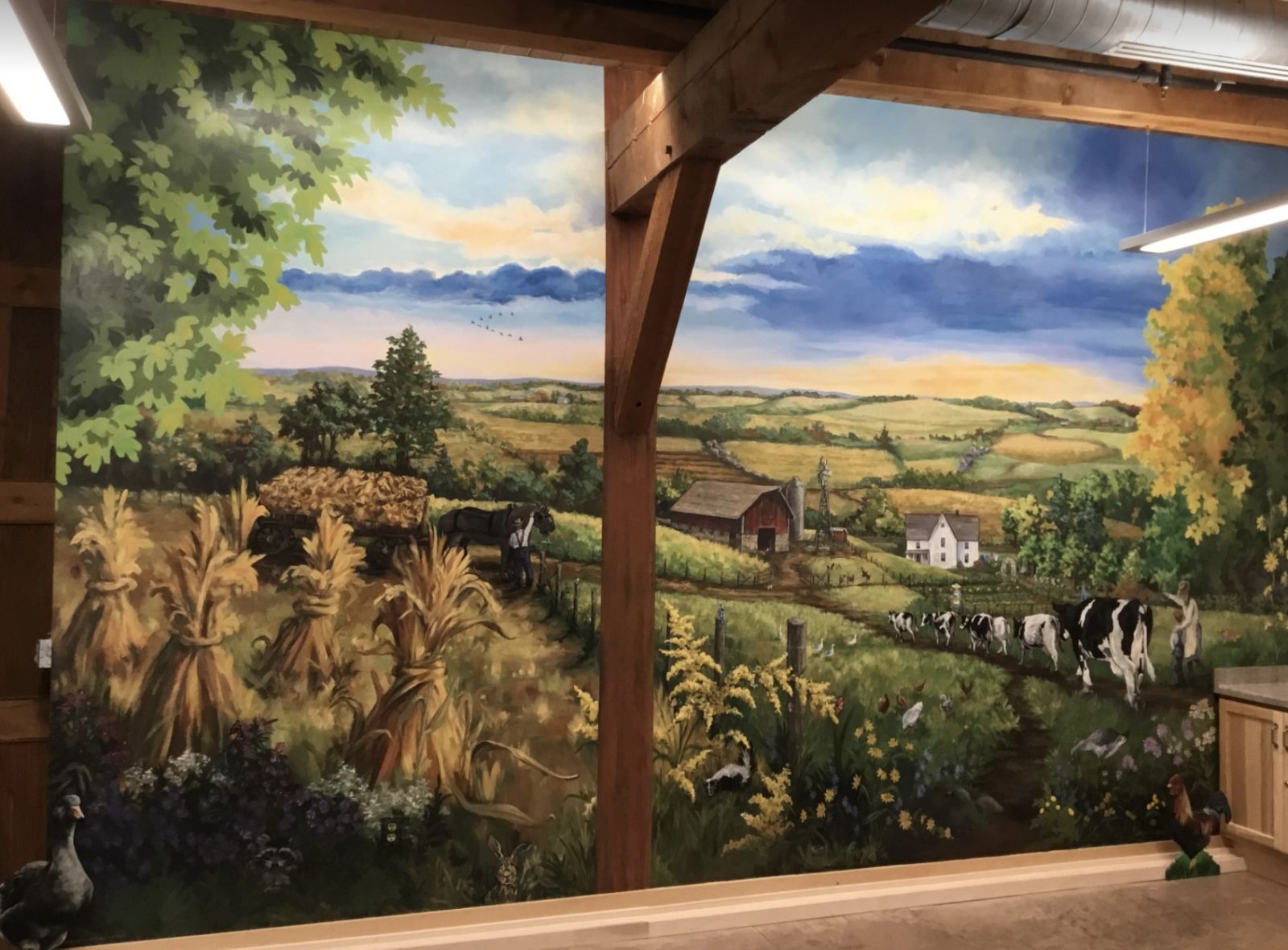 In 2022, the Friends of Schumacher Farm County Park dedicated a mural in the Center for Rural History that depicts rural life of the 1920s and 1930s. This stunning project was created by Dane Arts Mural Arts (DAMA) in cooperation with Waunakee High School's Art students, and was made possible by generous donations. Check out articles here and here from the Waunakee Tribune about the mural.